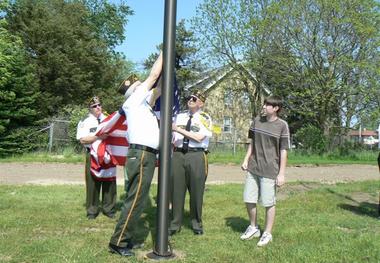 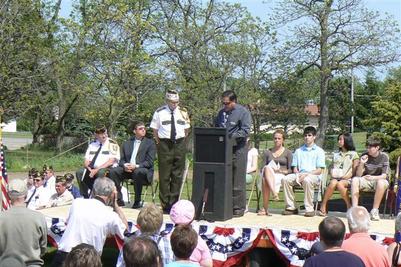 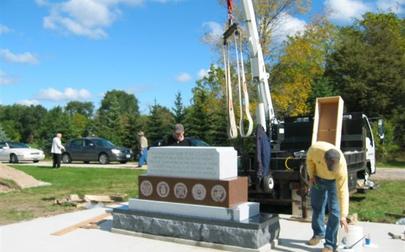 Our memorial is dedicated to all those individuals who have served in the Armed Forces, past, present and future — especially those who have made the ultimate sacrifice. 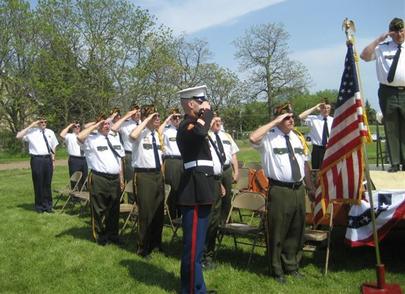 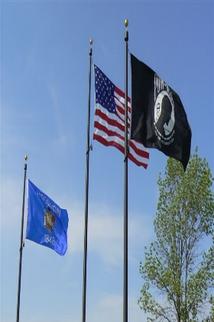 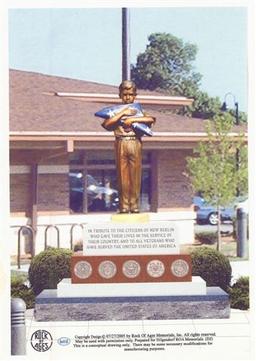 New Berlin Veterans Memorial Society
Dedicated to all who have served 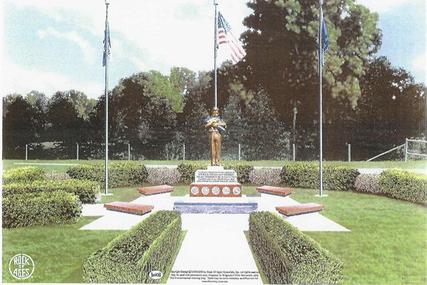 Help us to sustain and grow this beautiful Memorial Site for future generations to come. 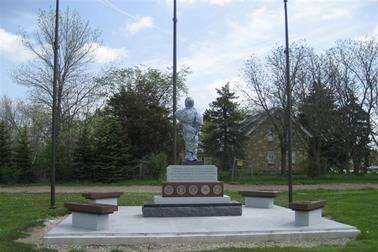 Michelle M. Wittmer was a Wisconsin National Guard Soldier serving in Iraq when she was killed in action in 2004. She was the first National Guard member killed in action since WWII and was the first female casualty in the history of any U. S. National Guard unit. Led by Michelle Hawley and supported by the Wittmer family, friends and various Veteran groups, a formal request was made to the New Berlin Parks & Rec Committee to rename Valley View Park in her honor.  The request was assigned to a committee for study.

Following considerable discussion the committee voted to table for further study and research.  Notable dissent was expressed by Don Hermann – Commander of the New Berlin VFW Post.  He stressed the fact that there were numerous New Berlin residents who had also made the ultimate sacrifice for their country.  He noted that there was currently no Veterans Memorial honoring any of New Berlin’s fallen warriors.

Following more discussion the issue was tabled again.  Don Hermann suggested a Memorial at the new City Center would be more appropriate.  Mayor Ted Wysocki informed the committee that he was working with the VFW on a Memorial for all Veterans.

In December, Mayor Wysocki then created an Ad Hoc Committee to recognize New Berlin Veterans.  The first meeting of this group was December 18, 2004 in the Common Council chambers at City Hall.  Mayor Wysocki outlined the specific purpose of the committee.  His expectation was that the group would meet 4 – 5 times and then present their recommendation to the Common Council for action. Don Hermann was elected Chairman.

The first committee meeting was hosted by Mary Jane Whitty in the Teacher’s Lounge at Eisenhower High School.  A crew from Channel 4 TV recorded the meeting. The key decision reached was to recommend to the Common Council that Coffee Road be renamed “Michelle Wittmer Parkway” through the new City Center.

Further discussion addressed the notion of establishing a Memorial in the City of New Berlin for Veterans of all military branches.  Mayor Wysocki agreed to prepare a proposal to locate this new Memorial at the site of the new Library in City Center and to present this to the Library Board.

In May 2005, Don Hermann gave a report on a proposal that suggested placing the Memorial within the front courtyard of the new Library.  He provided a rendering of how the Memorial would look.  The primary focus would be a bronze sculpture of a young boy holding a folded American casket flag.  The Statute would be placed on a marble base with markers representing all branches of the Military.  Costs were estimated to be between $50,000 to $75,000 with all funding to be raised by private donations.

Don Hermann reported contact had been made with the sculptor and that the Rock of Ages Memorial Company would prepare and present design ideas and cost proposals. Design ideas and Memorial site location were discussed. General consensus was to continue to pursue the front of the new Library. In n November, Don Hermann reported that the Library Board had rejected our proposal.  A search for a new site began. After reviewing alternate sites, it was recommended to build the Memorial on a city owned empty lot across from the New Berlin Fire Station #1 on the corner of National Avenue and Casper Drive.  The location was later approved by the Planning Commission.

In March 2006, fund raising began. Don Hermann announced the first large donation of $10,000 from the VFW.  The Memorial design and construction cost proposal of $64,000 by Rock of Ages was endorsed and approved.  Ruekert & Mielke offer for landscaping design was greatly appreciated.

Mary Jane Whitty presented ideas on fund raising by New Berlin school children and the possibility of funding to cover the costs of the flag poles was proposed and endorsed. In June 2006, Mary Jane Whitty introduced Eisenhower Middle and High School students who presented two $1500 checks which were raised through a variety of Car Washes, Dances, etc.  This was applied toward the purchase of the three flag poles. Since that time, they have donated over $15,000!

Our mission today is to preserve and maintain the integrity of the site. Our main source of income has been donations, commemorative brick sales, and membership dues. Twice a year we have a “Commemorative Brick” installation. Our average attendance has been around 50 with a high of 150. Listening to the honorees tell their stories and watching then install their own brick is priceless!